These Cell Towers Disguised as Trees Are the Height of Absurdity 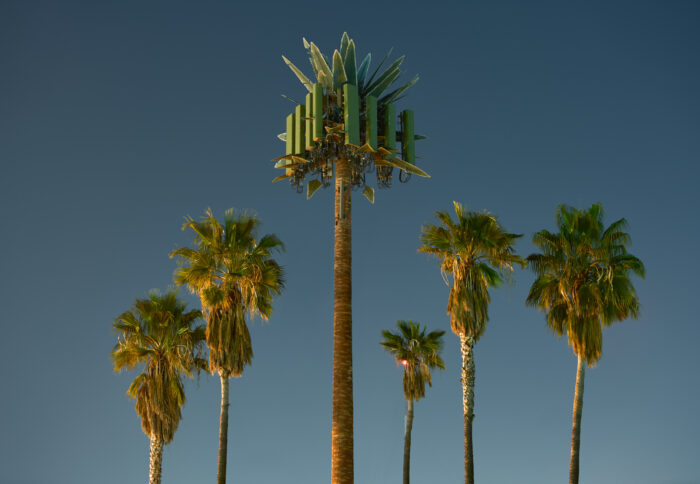 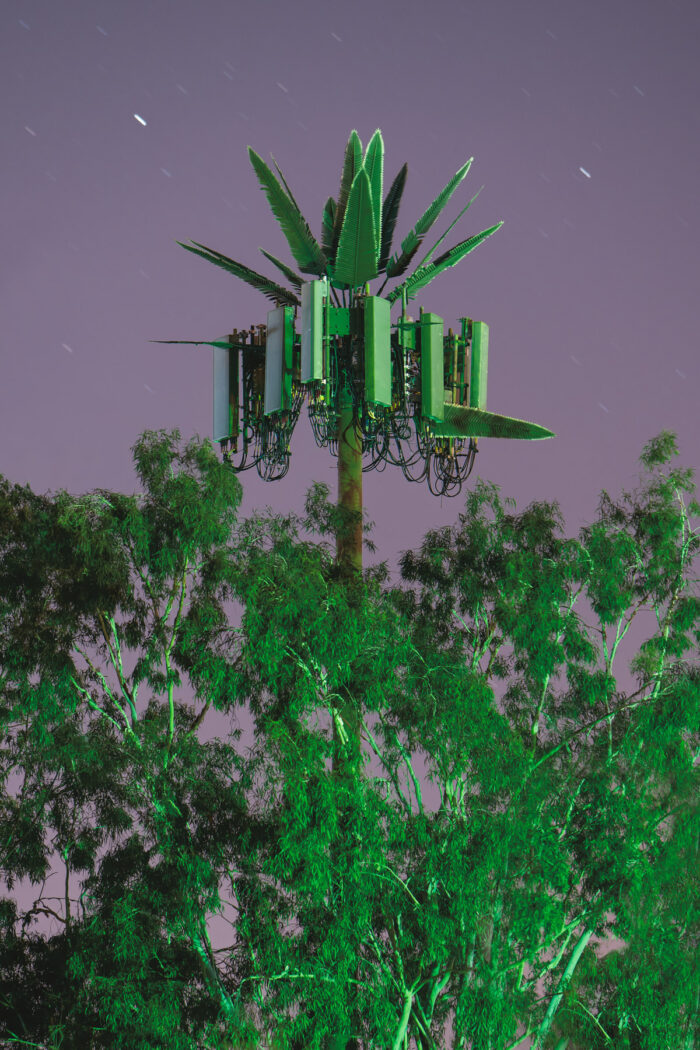 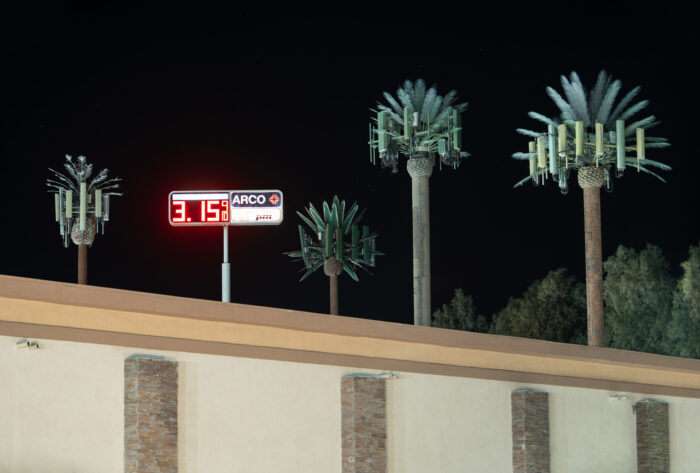 Isik Kaya remembers the constant, overpowering buzz of air conditioning units against the silent night, the warning signs about radiofrequency fields, and the occasional encounter with raccoons or other nocturnal animals. But most of all, she remembers the cell towers themselves: looming structures, disguised as trees with the addition of artificial branches, leaves, and fronds.

Kaya and her collaborator, Thomas Georg Blank, spent approximately two years chasing down these strange, tree-like cell towers. She expects they’ve photographed almost every one located between Bakersfield, California, and the Mexican border. Now, the journey has culminated in Second Nature, published by Kehrer Verlag.

Kaya noticed the first of the cell towers along a highway in early 2019, shortly after moving to California. It was a “Mono-Pine,” which she later learned was something of an industry classic. The first one cropped up in 1992 in Denver, and the trend caught on around the world. The goal is to make the towers less of an eyesore, making residents less likely to object. But the effect is decidedly bizarre. “I remember feeling completely stunned by its absurdity,” the artist tells me.

Kaya and Blank embarked on the project in earnest a year later, as cities worldwide went into lockdown. It was a moment in global history that brought our relationship with nature into clearer focus, as scientists warned that destroying forests and wild habitats could make it more likely for viruses to pass from animals to humans.

The photographers learned that the locations of cell towers were publicly accessible, so their research began online. “When the first pandemic lockdown happened in California in 2020, Thomas spent his days checking every single location marker on these online maps with Google Street View,” Kaya remembers. “After doing that for several weeks, he had found more than a thousand potential candidates in Southern California. We then started working our way through clusters on this map.”

At the same time, they dug into the history of cell tower concealment. As mobile devices proliferated from the 1980s onwards, methods of camouflage evolved. Larson Camouflage, the company that created the first Mono-Pine in the early 1990s, also worked on Disney’s theme parks. In 2019, around the same time Kaya spotted her first “tree,” that company was acquired by Valmont Industries; they still offer “creative concealment solutions” today.

Kaya grew up with an appreciation and understanding of the natural world as vital to our existence. But she also saw the ways in which we exploit and alter landscapes in the creation of urban environments; she witnessed the construction boom in Istanbul firsthand. Years later, in 2020, the California wildfire crisis coincided with the pandemic. In the background, Blank and Kaya continued to work, and the cell towers became the perfect symbol of our detachment from and denial of our planet’s most precious ecosystems.

Blank and Kaya chose to photograph at night because the darkness heightened the uncanny atmosphere of the buzzing towers. They experimented with slow shutter speeds and higher ISO settings. “If you choose the right viewing angle and lighting, this fake world looks like a hyperrealistic 3D rendering without any alteration,” Kaya explains. Every night, she says, was like a treasure hunt; they were nervous about exploring alone in the dark–but excited about what they’d find.

In addition to the energy consumed by the cell towers themselves, the photographers were struck by the irony of using plastic and fiberglass to mimic the appearance of trees, especially amid a global reckoning with plastic pollution. It’s not unusual for these materials to fall off or get lost. “We found and collected many ‘leaves,’ ‘branches’ and ‘palm fronds,’” Kaya says. “They became a part of our project, and we show them as sculptural pieces in exhibitions.”

The camouflaged cell towers are an easily shattered illusion, and Second Nature lifts the veil. One night, Kaya and Blank happened upon a “tree” in the process of being built. “A new cell tower was slowly transforming at night,” Kaya tells me. “The sun had just set, and the technicians were working high up there–in front of this beautiful blue sky, while an American flag was hanging on the side of the trunk. The whole scene was surreal.”

Second Nature is a 2021 winner of a Judge’s Choice award at the BarTur Photo Award and a 2021 Critical Mass Top 50 selection. The book is published by Kehrer Verlag; get your copy here. 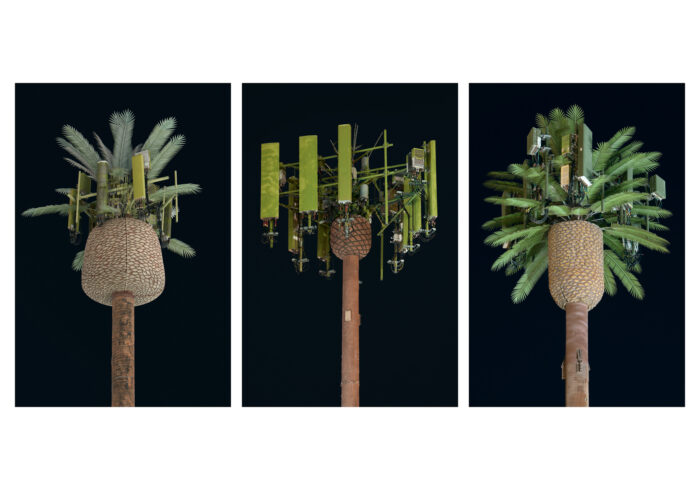 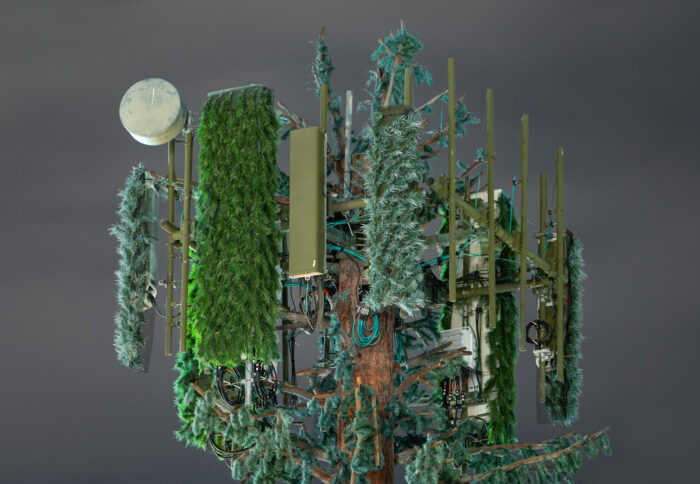 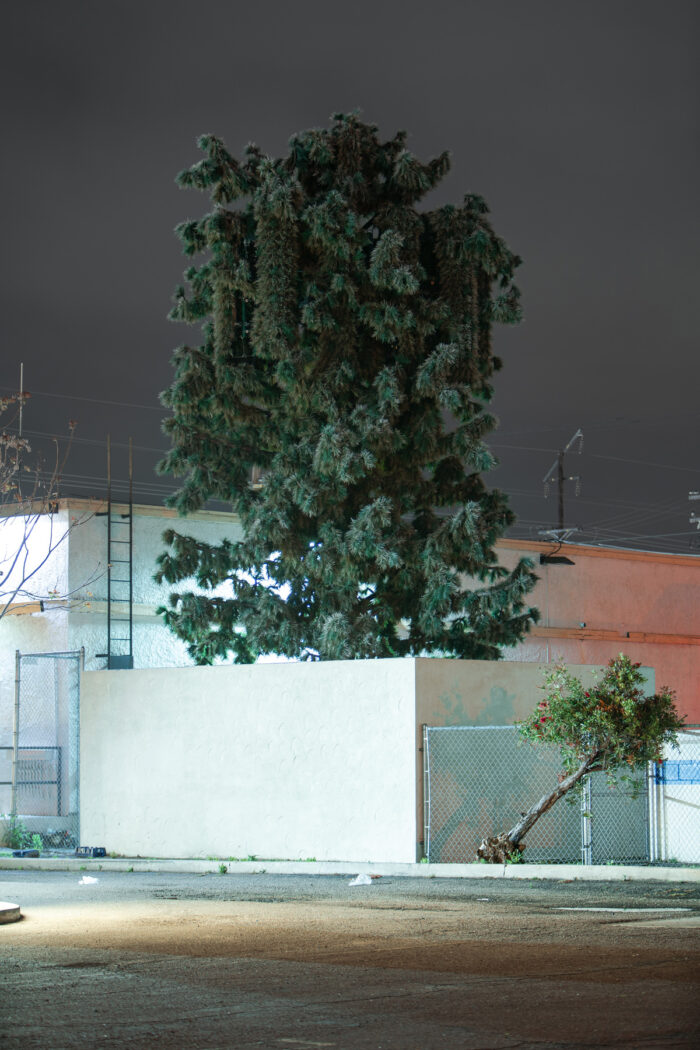 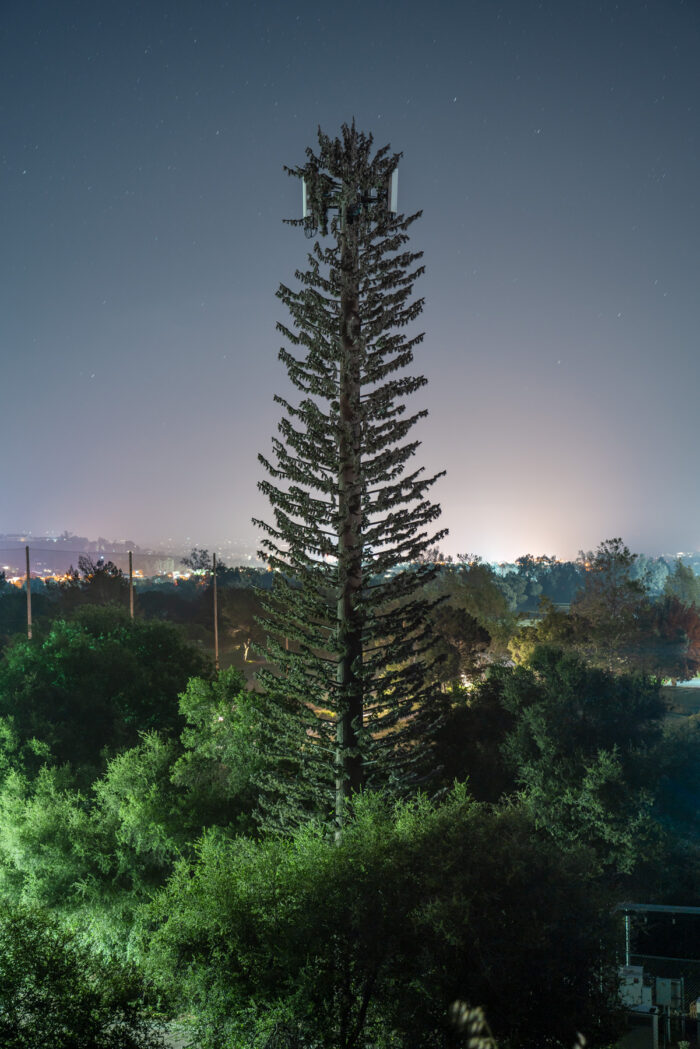 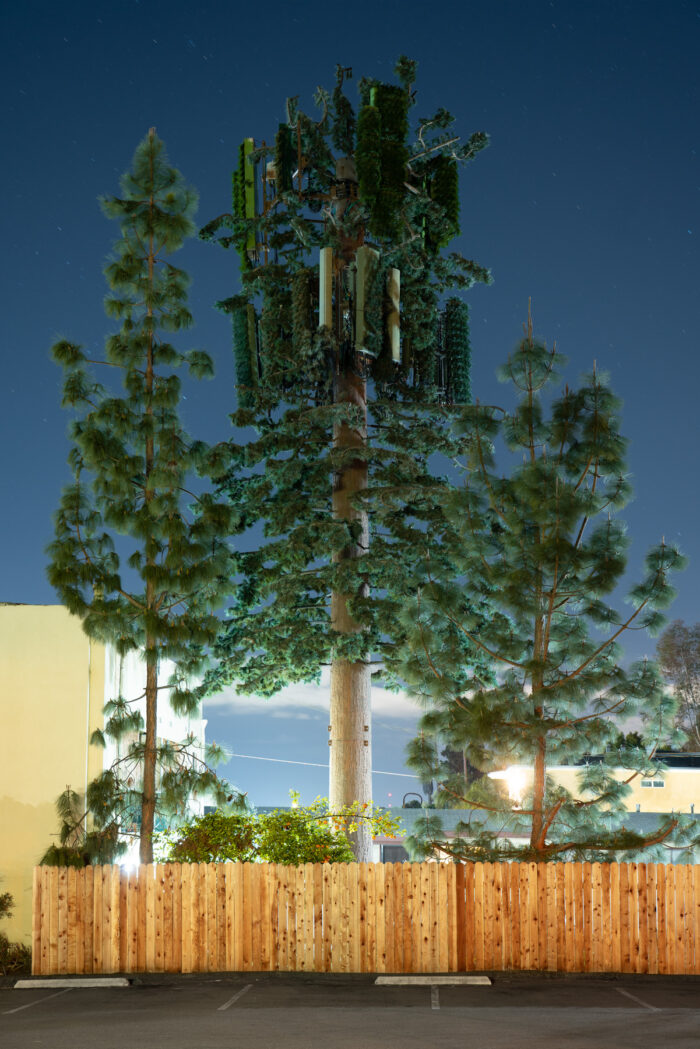 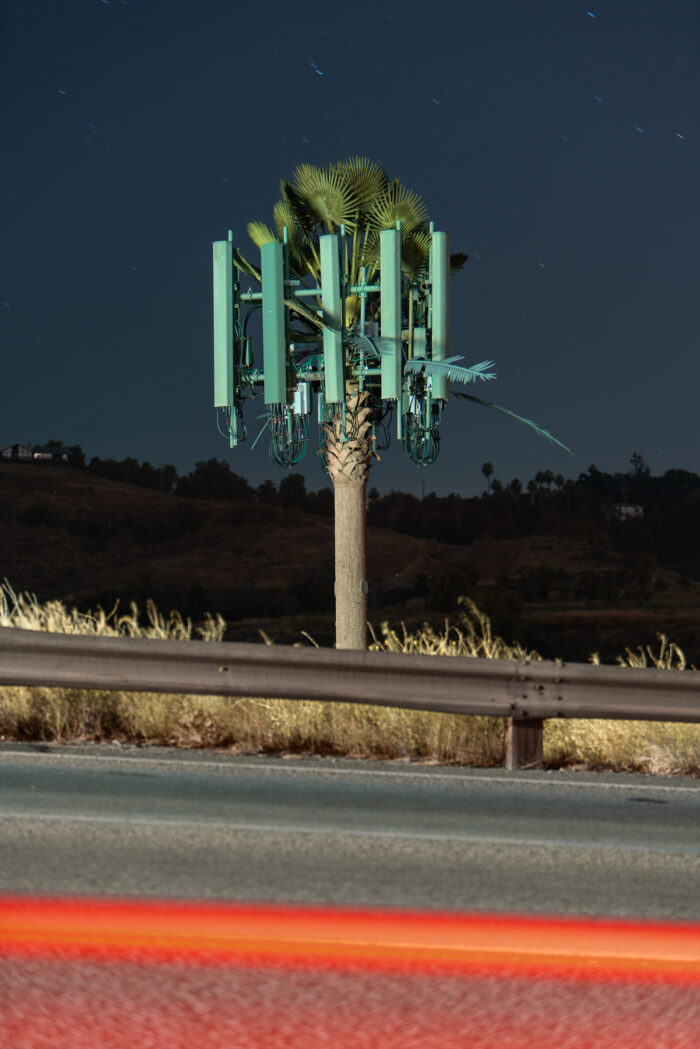 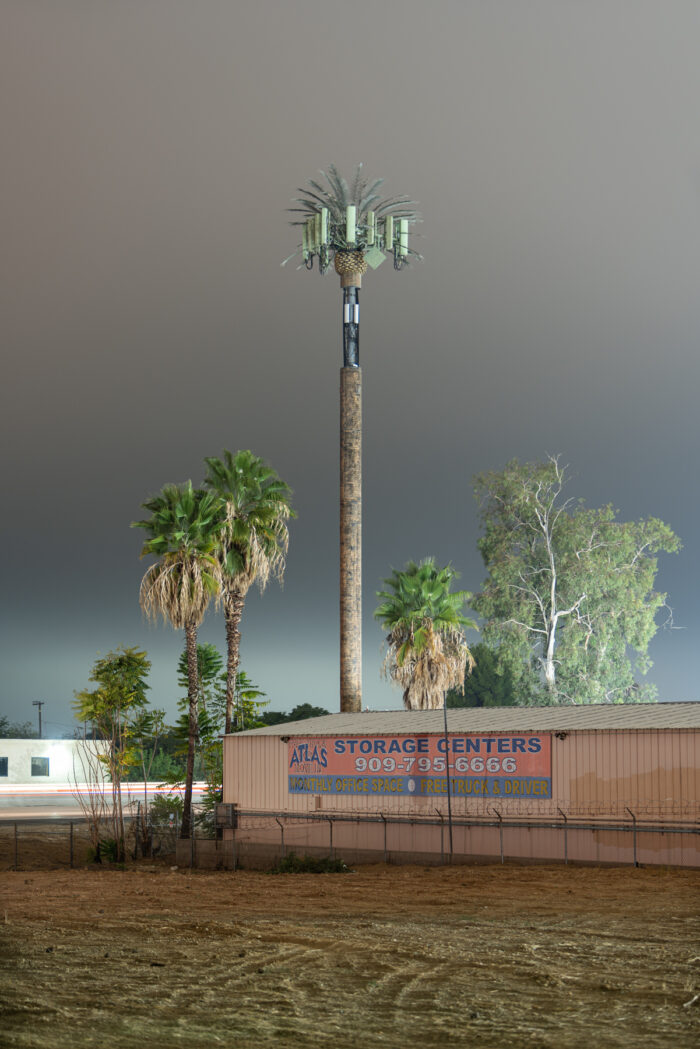 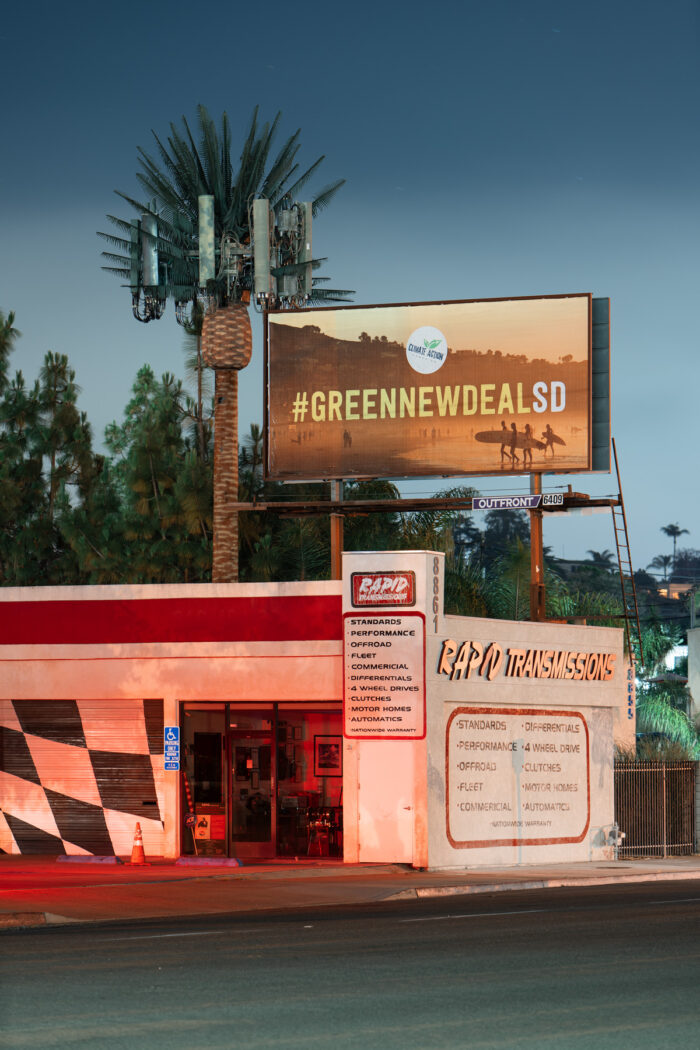 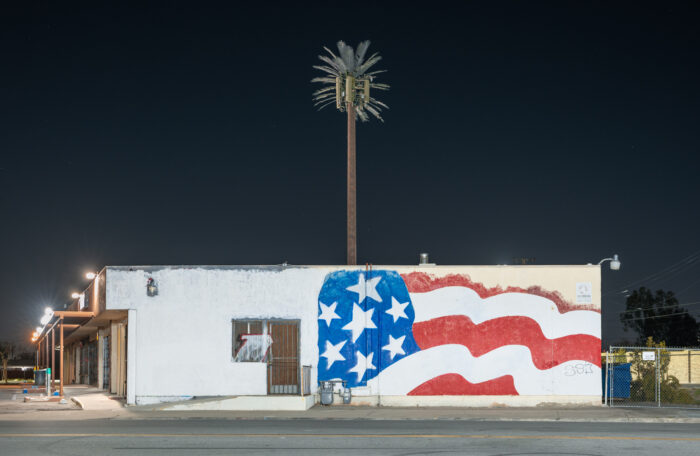 Prev post Don't miss up to $600 in savings from the latest Sony mirrorless deals!
Next post Just keep training: Photography is a skill as much as it is a passion

The best camera bags for landscape photographers this fall

Tamron 35mm f/2.8 review: A sharp workhorse prime that will get the job done